This year’s theme at the 24th edition of the festival of World Sacred Music in Fez is Ancient Knowledge in all its forms. There will be debates on Asthetics and Symbolics, discussions on Andalusian Architecture and the Art of living and concerts with music from Morocco and  Mali, Persia and Pakistan.

At Fez Cooking School, our interest has a culinary bias of course. And for foodies who are passionate about food, where better to start the search for ancient culinary knowledge than with Anissa Helou, renown chef and expert on the Islamic culinary world.

“Telling a genuine food story that covers a quarter of the world’s population is a mighty task. One person who can wrestle with such a challenge is Anissa Helou.” …says Yotam Ottolenghi in praise of her recently released book Feast.

Born in Lebanon to a Syrian father and Lebenese mother, Anissa Helou has been described as the modern Claudia Roden of the Islamic culinary world.

In 2013, she was named one of the “100 Most Powerful Arab Women” by Arabian Business magazine” and she was also included in their “500 most influential Arabs.”

She wrote the first comprehensive collection in the English language titled Lebanese Cuisine that was published in 1994 followed by Street Café Morocco. Since then she has published over half a dozen others concentrating on the richness and diversity of culinary cultures in the arabic world. Her latest book Feast was published at the end of May this year.

For this latest anthology of food from the Muslim world, Anissa Helou has lived and traveled widely from Egypt to Syria, Iran to Indonesia, gathering some of its finest and most flavorful recipes for bread, rice, meats, fish, spices, and sweets.  Feast is an indispensable addition to the culinary canon featuring some of the world’s most inventive cultures and peoples.

So we at Palais Amani and Fez Cooking School are proud to host a cooking demonstration, tasting and book signing in her presence. The event that will take place on Wednesday 27th June at 14h30  in the gardens of the Palais amani, and we’ll be showcasing recipes from Anissa Helou’s book.

At the event she will be describing her research into the art of islamic cuisine whilst chefs from the Palais Amani will be demonstrating some of her recipes for you to see and try.

Signed copies of her book will be abvailbable for purchase during the event. 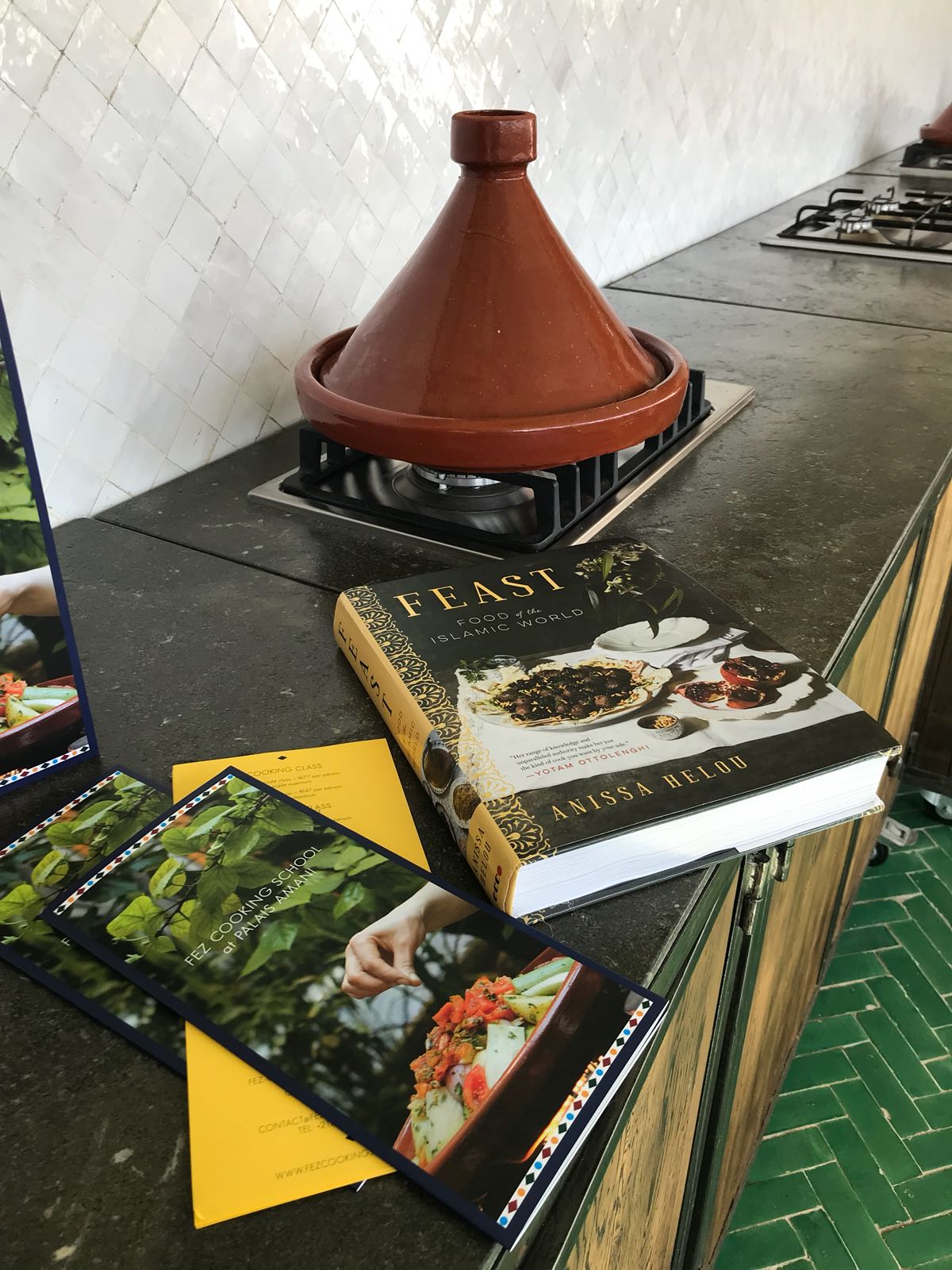